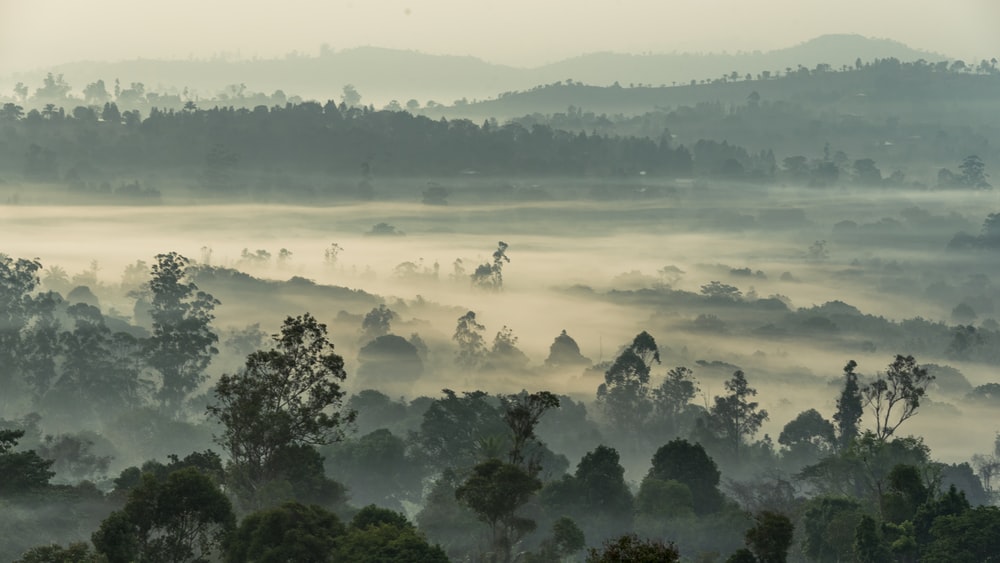 Amy B. Reid on Translating the Very Book She Needed to Read ‹ Literary Hub

In March 2021, as I struggled, like everyone else, in the claustrophobic reality of the second year of the pandemic, a literary agent in Paris wrote: he asked me to read a novel.

As I opened Mutt-Lon’s The 700 blind people of Bafia (Emmanuelle Collas, 2020), I quickly realized how much I needed this book. It’s a loud, crazy adventure through the tropical jungle, far from my present in place and time, and yet the perfect homeopathic remedy for what hurts me.

Set in the 1920s, the novel centers on Damienne Bourdin, a young French doctor who needs to escape – from her deep sense of alienation, the traumatic loss of her infant son – and so decides to jump on a boat heading to Cameroon to join in the fight against sleeping sickness. (Remember the tsetse fly of The African Queen?) As spring stretched into summer, this story helped me keep a cool head during endless confinement: I translated it as The blunder.

The magic of Mutt-Lon’s writing is that he takes Damienne Bourdin’s despair and makes it the antidote to our own. It blends escapism, laughter, pop culture references and sexual tension into a parable for our times, a warning against the blindness of racism and a hymn to human relationships and, of course, literature. .

Yet I had a hard time explaining my enthusiasm for this project to friends: I would say, “Ah, you see, there was this case of medical malpractice in the 1920s, when a misguided French doctor screwed up the dosage of a treatment for sleeping sickness and blinded hundreds of people in Cameroon… No, no, it’s a comedy! How could I explain that the novel that made me cringe was about unleashed colonialism? And even worse, that it was centered on the pride of those who sought glory in the fight against a disease and caused the blindness of hundreds of their patients?

Mutt-Lon’s novel is based on his archival research into a particularly dark moment in Cameroon’s colonial history: a time when the French, who had been given a mandate over much of contemporary Cameroon by the League of Nations , were trying both to solidify their control and eradicate sleeping sickness, or trypanosomiasis, which was ravaging the region.

Its story therefore begins with Dr Eugène Jamot, who led the French fight against the disease, creating mobile health units to treat patients in remote villages; a statue commemorating his efforts still stands in front of the Ministry of Public Health in Yaoundé.* The author clarifies that his initial objective was to set the record straight, to reconcile the lasting public recognition of Jamot with the erasure of the “blunder”. which has cost so many their sight.

While its protagonist, Dr. Damienne Bourdin, is a fictional character, many others are real, including Dr. Jamot and Dr. Monier, Paramount Chief Charles Atangana, who also plays a role in another novel I have translated, that of Patrice Nganang. mount pleasant (Farrar, Straus and Giroux, 2016) – and, perhaps most particularly, Teketekete, the flamboyant “witch-doctor”.

While I was working on the translation, Mutt-Lon and I chatted on WhatsApp, about his work and mine, about our experiences of the pandemic on both sides of the world.

While I was working on the translation, Mutt-Lon and I chatted on WhatsApp, about his work and mine, about our experiences of the pandemic on both sides of the world. I loved hearing the sounds of Douala bustling as he walked the streets of the city and was mesmerized by the way he incorporated archival details into his plot. (He even sent me a picture of the real Teketekete so I could see the “mane” of his hairstyle.) this romance work. It does not turn away from our human flaws but illustrates the importance of our need for connection.

The blunder is a deeply generous and humanist novel, inviting not to laugh, but with the weaknesses of his characters. Stylistically, Mutt-Lon owes a debt to the philosophical tales of Voltaire (think Candid or “Zadig”), where the protagonist’s quest is repeatedly interrupted so that stories can be swapped, and the characters are more allegorical than fully fleshed out. This attention to sharing stories is part of the humanism of the novel.

But it’s the slapstick moments and the pop-cultural references that make me laugh. Even if you didn’t spend part of your childhood watching Johnny Weismuller Tarzan series from the 1930s-40s, you have to laugh when Damienne (disguised as a nun) rushes into the jungle, shedding the layers of her habit and, with them, the presumptions of France “civilizing task.”

Because that is also what this novel is about: challenging racist and sexist stereotypes, those that shaped the colonial encounter in Africa and those that continue to haunt us today. The century between the events of the novel and the present day offers readers the space to recognize the flaws of the characters and the structures they represent, to acknowledge and redeem our common humanity.

It is significant that the redemption in this novel rests on literature. Damienne fails in her attempt to play the hero in Africa, but once back in France she not only finds peace and success as a writer but, in the end, enough perspective to write a novel based on his first-hand experience of colonialism. blunders. And so The blunder ends with a wink from Mutt-Lon, who tells the story of Damienne to set the record straight. It would seem that he, like its protagonist and like its readers, needed this novel.

I finished my translation work this winter, but now as it becomes clear that Covid will be a part of our lives for the foreseeable future, I realize how much I still need it and how much I’ve gained of my connection with Mutt-Lon. The blunder is a comic adventure that challenges us to fight against personal and collective failures, and that reaffirms the resilience and beauty of our humanity. You don’t need it too?

Mutt-Lonwhich can be translated as “local man» or « man of the land », is the literary pseudonym of Daniel Nsegbe, who lives in Douala where he works as a television journalist and film editor. The blunder is his second novel, and the first to be translated into English. Her first novel Those who go out at night (Paris: Grasset, 2013) won the prestigious Ahmadou Kourouma Prize in 2014.

* A useful overview of Dr Jamot’s campaign against trypanosomiasis and his commemoration, including a photo of the monument at the Ministry of Public Health, can be found in this article by François-Xavier Mboppi-Keou, et al (2014), The Legacies by Eugène Jamot and La Jamotique (nih.gov).

The blunder by Mutt-Lon and translated by Amy B. Reid is available now.