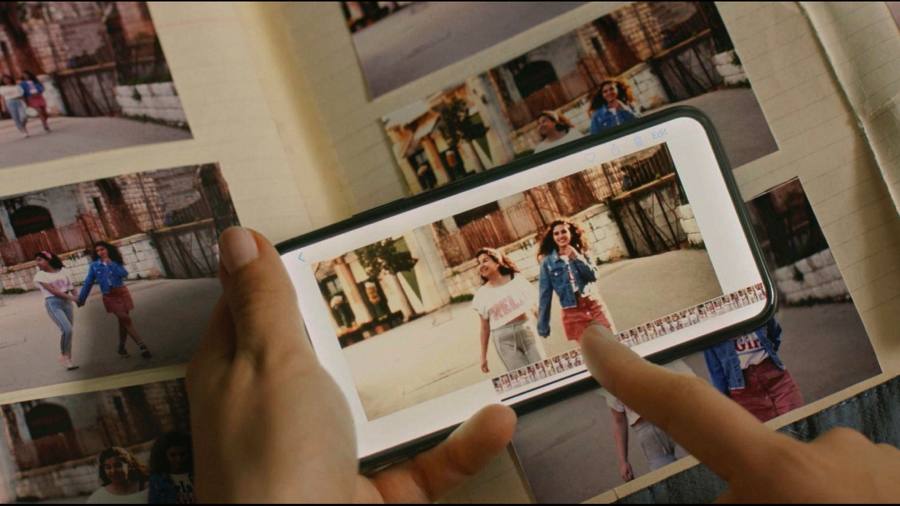 Jonas Poher Rasmussen often can’t stand watching the news. Although he is the director of To flee, an acclaimed new animated documentary about a queer refugee fleeing Afghanistan, he finds the refugee reporting overwhelming. “I tend to block them out because if I take it all, I’ll just lay in bed and think how awful the world is,” he says on Zoom.

It comes not from a lack of empathy, Rasmussen says, but from the helplessness of not being able to ease the pain of those on screen. So the challenge for filmmakers is to tell these stories in a way that’s true to the experiences of their subjects, but doesn’t push the audience to the point that they “can’t cope.”

For London Migration Film Festival co-directors Lily Parrott and Laura Stahnke, works such as To flee, Europe and memory box are part of a recent “movement away from simple representations of the act of movement [and from] a hyper-focus on suffering”, they say by email, towards a more human and impressionistic narration.

“We really appreciate it when filmmakers are bold and take thoughtful, informed artistic license that allows them to move beyond tropes,” Parrott and Stahnke say. “And what we’ve seen to be really powerful is [when they’re] entertaining – this means people tend to let their emotional guard down.

To flee, which won a Grand Jury Prize at last year’s Sundance Film Festival and is set to earn Oscar nominations for Best Documentary and Best International Feature, finds points of accessibility and even beauty in heartbreaking realities. Using atmospheric illustrations that are Hopper-esque in their use of lighting and color, it follows the memories and current life of Rasmussen’s friend Amin, who as a teenager in the early 1990s made a treacherous journey from war-torn Afghanistan to Denmark via Russia over several years.

As Rasmussen explains, the decision to animate Amin’s experiences of detention centers, makeshift homes, and smugglers’ ships and vans is a method of deferring the viewer’s visceral reaction to such upsetting and dramatic images. to pay special attention to the human test.

“The animation is playful and something we use for entertainment: it makes it easy to get in,” he says. “It gives the story a more surreal, expressive layer that [lets us] to be more honest about portraying Amin’s emotions. In animation, you don’t need to have so much detail; you interpret a lot and you have the possibility of putting yourself [in those situations]”.

Like Rasmussen, the director of Europe, Haider Rashid, uses a familiar cinematic setting to keep viewers engaged and immersed. His film, which screened successfully at Cannes last summer, follows an Iraqi refugee trying to escape guards in the forests of Bulgaria. With the stifling concentration on the young man’s face at all times, it plays out almost like a nerve-wracking camera-shaking thriller.

“Since we were [showing] a race for survival and constant pursuit, the thriller/action genre seemed like a good model to support the narrative we were looking for,” he says over email. “I said it was a ‘thriller with a conscience.’ theater by realizing that the person they have just seen on the screen is like them.

How these films manage to touch viewers and get them thinking about pressing issues is not just about the presentation but about the performance. Showing people living in or fleeing war zones and persecution as weakened victims is both inaccurate – Haider points out that his character is “a true hero who survives an experience most of us don’t have pu” – and reduces individuals to a homogeneity. Not only can this instill a sense of guilt in the viewer – an emotion often conducive to avoidance rather than involvement – ​​but it can, according to Parrott and Stahnke, “dehumanize” the subjects of these films, despite the best intentions.

Rasmussen agrees. “Amin didn’t want to be a victim. Most of the time, being a refugee becomes an identity; they are only described according to their needs. I wanted to show the story of a refugee, but also many other things: his love life, his sexuality, his professionalism, our friendship, his family. All of these things paint a more nuanced picture of Amin,” he says. “Otherwise the story becomes [part of] this mass with which it is difficult to identify. For me, it’s about creating a relationship with people you wouldn’t normally identify with.

For Lebanese directors of memory box, Joana Hadjithomas and Khalil Joreige, the complexity of representation was paramount in telling the story of a young woman living through the civil war of the 1980s – both filmmakers and Middle Easterners themselves. The film (below and main image, above) revolves around a teenage girl in present-day Montreal who discovers her Lebanese mother’s diaries, letters and tapes, which detail the experiences of those years of conflict. To her surprise, she discovers the intimate portrait of a normal, even sometimes joyful, adolescence, continuing under a sky lit by missiles.

“It’s not about the trauma of living in a civil war, it’s really about someone’s daily life [existence] — live, love, go out — in this context. We immediately felt that it hadn’t really been done before,” says Hadjithomas. “When people make films about the Middle East, they isolate us. Showing the victims without giving them the story, without making them responsible. We have lost our faces in this region.

But, says Hadjithomas, it would be short-sighted to consider only how these stories are disseminated abroad. “It’s not about the West. It’s about how you represent yourself. It’s like Orientalism: we see ourselves as the West wants us to be. . . What we’re trying to do is show how contemporary we are – we share the same time with the rest of the world.

Round-the-clock news can keep us up to date with events in the world, but Rasmussen believes that is not enough to achieve a sense of community and understanding. “We have a lot more stories that superficially describe what’s going on,” he says. “But it is so important that we also get personal and in-depth information [films] that show how people are affected on a deeper level.

Against the backdrop of the humanitarian crisis in Afghanistan, the continuing tragedies on Europe’s borders, and the fallout from the explosion that rocked Beirut in 2020, it is both timely and necessary that these three excellent films strive to do exactly that.

2022-02-05
Previous Post: Seven Nü-Metal Bands Who Should Be Inducted Into The Rock & Roll Hall Of Fame
Next Post: The beauty of bogs: a book focusing on the bogs of Kerry