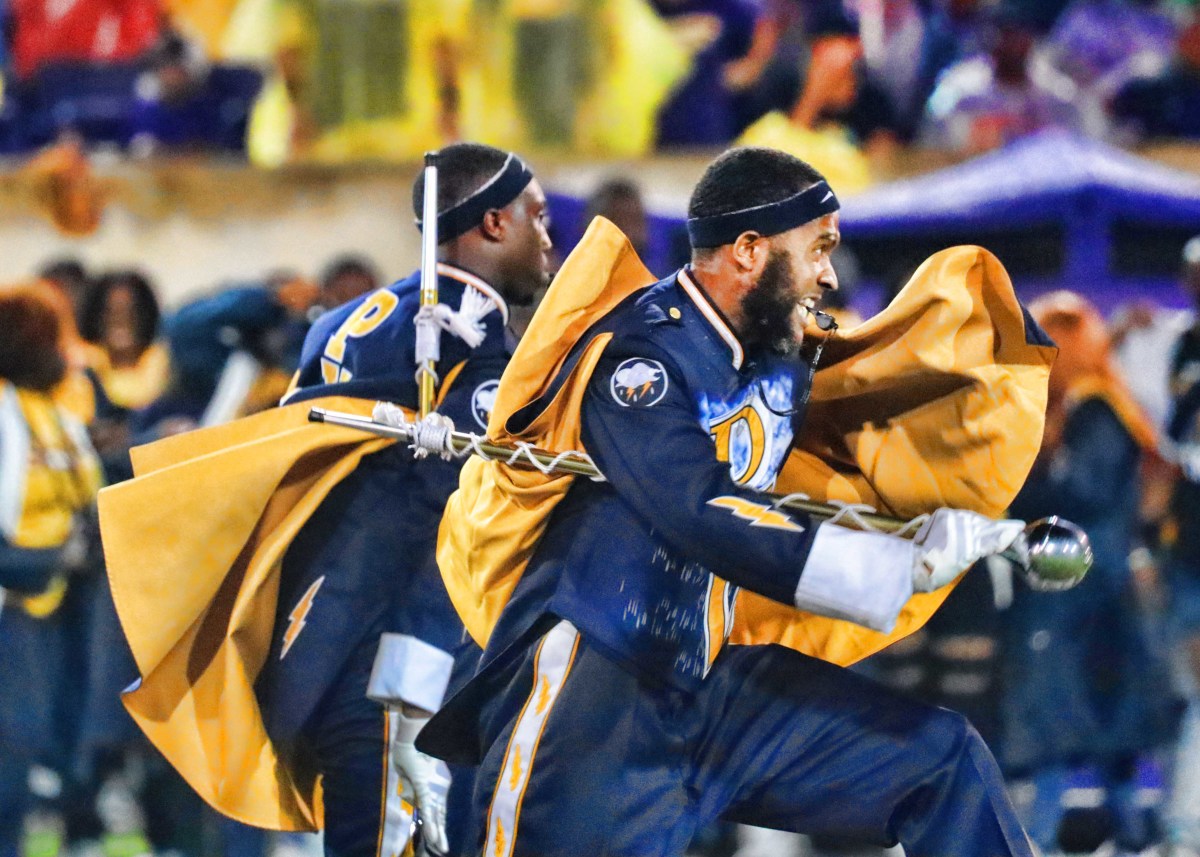 TSU is considerably smaller than the PV group, but they have their own sound and walk with great technique.

The director of the Ocean of Soul Band, Dr. Juvon Pollard, was trained in New Orleans and had my former bandleader Lloyd Harris Jr. as a mentor. You could hear Big Easy’s influence in the drum cadences and performance style.

Dr. Pollard develops the Ocean of Soul into a competitive marching band, and the SWAC should be wary of it.

Dr. Timmey T. Zachery had the Marching Storm ready to entertain the home crowd at the 37th Labor Day Classic. The five drum majors converged in the middle of the field, twirling, stepping forward and even throwing the batons behind their backs at the other drum majors in the opening.

The Storms’ energy and technical precision throughout their on-court routine sets them apart from TSU. It was a stark contrast to last week’s National Battle of the Tapes performance that I witnessed.

Each group’s dance routines weren’t unique, but the Marching Storm won this segment for the night.

The Black Foxes (Prairie View) vs. Motion of Ocean dance crews were beautiful, elegant, mesmerizing and delivered! I had both units tied.

The sounds of the two marching teams rang out and blasted through the Panthers stadium in the humid night air as they gave fans a fantastic, unforgettable “Fifth Quarter”. I may have missed it, but I didn’t see the battery lines clash.

Overall, the Marching Storm won. If the Soul Ocean ever increases in number, future outcomes could be visibly different in LDCs.

I analyzed each group’s performance and gave my score from 0 to 10, with 10 being the highest, for each walking element that the groups performed.