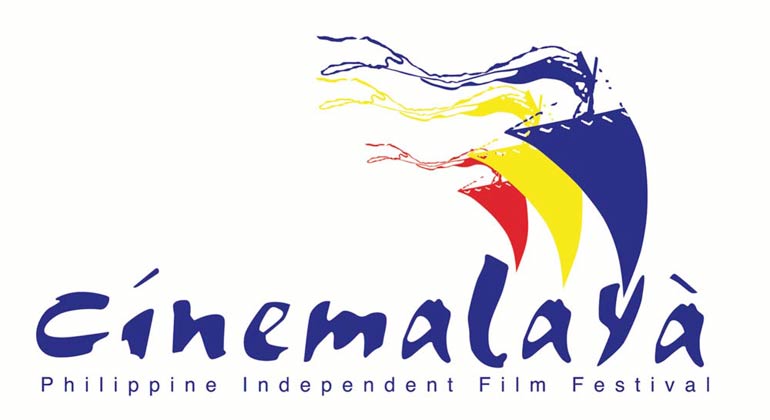 11 films in competition at Cinemalaya 18

THE 18e edition of the Cinemalaya Philippine Independent Film Festival, which focuses on the theme “Breaking Through the Noise”, will present 11 feature films and 12 short films. After two consecutive years of online streaming, Cinemalaya is returning to on-site screenings, with competing films set to screen at venues around the Cultural Center of the Philippines (CCP) from August 5-14, at partner cinemas from August 10-17. . in regional theaters from August 22-29 and online via PCC’s Vimeo account from October 17-31.

The short films in main competition are: Ampangabagat nin Talakba ha Likol (It’s raining frogs outside) by Maria Estela Paiso, black rainbow by Zig Dulay, city ​​of flowers by Xeph Suarez, Dikit by Gabriela Serrano Distance by Dexter Paul of Jesus, Duwa-Duwa by Nena Jana Achacoso, Kwits by the Raz de la Torre, Mata Kang Busay by Nińo B. Maldecir and Cypher John T. Gayorgor, Mga Handum nga Nasulat in Baras (The dreams that are written in the sand) by Arlie Sweet Sumagaysay and Richard Jeroui Salvadico, See you soon, George! by Mark Moneda, If Oddie by Maria Kydylee Torato, and Back and forth to happiness by Claudia Fernando.

RETROSPECTIVE OF SHORT FILMS
Cinemalaya will also present the retrospective shorts section on August 7, 9, 10 and 12 at CCP’s Tanghalang Manuel Conde. The Retrospective Shorts section allows the public to see short films from the 16e (2020) and 17e (2021) Cinemalaya editions.

Winners Tokwifi (Star) by Carla Pulido Ocampo, Pabasa Kan Pasyon by Hubert Tibi, and Quing Lalam Ning Aldo (Under the sun) by Reeden Fajardo will be presented on August 7 at 9 p.m. and August 9 at 3 p.m., with the finalists Ang Gasgas na Plaka ni Lolo Bert (The Broken Vinyl Recordd) by Janina Gacosta and Cheska Marfori, and Tiredness by James Robin Mayo.

The living beings by Martika Ramirez Escobar, and Ang Pagpakalma Sa Unos (to calm the pig inside) by Joanna Vasquez Arong, which received the prize for best direction and the special jury prize in 2020 respectively, will be screened on August 9 at 6:15 p.m. and August 10 at 9 p.m., as well as Excuse me, miss, miss, miss by Sonny Calvento Shanty towns by Jan Andrei Cobey Utwas (Arise) by Richard Salvador and Arlie Sweet Sumagaysay.

TALKBACK SESSIONS
Cinemalaya 18 will offer eight days of Talkback sessions with the directors of the films in competition, from August 3 to 13. The sessions will allow the audience to gain deeper knowledge about the film they watched through an interactive discussion with the filmmakers themselves.

Here is the program of the Talkback sessions for the films in competition (feature films and short films), which will take place mainly at the CCP Cinemalaya tent and the main gallery.

On August 6 at 5:30 p.m., director Rainerio C. Yamson II will present his film Angkas (The Backride) at the Cinemalaya tent. Angkas tells the story of two estranged friends who mend their broken past as they embark on a journey while driving a habal-habal to pick up the corpse of their deceased friend. At 6:30 p.m. in the same room, Bakit Di Mo Sabihin (Tell Him) director Real S. Florido will talk about his film, which is about a deaf couple who discover that what separates them is not their inability to communicate verbally or audibly.

On August 7 at 5:30 p.m., director Ronald Espinosa Batallones will talk about his film Batsoyat the Cinemalaya tent. Batsoy tells the story of two young brothers who embark on a fantasy adventure to satisfy their intense hunger for batsoy. Later at 8:30 p.m., director Roman S. Perez, Jr. is scheduled to talk about his film Kaluskos (noises) at the same location. Her film follows a single mother who is in the middle of a custody dispute who discovers something under her daughter’s bed that will make her doubt whether she truly loves the child.

On August 8 at 5:30 p.m., director Sheenly Gener’s talkback for Bula sa Langit (Trigger) is planned at the main gallery of the PCC. His film is about a young soldier who returns home after surviving a siege. The talkback for A-shorts is scheduled for 8:30 p.m. at the Cinemalaya tent. A-shorts includes six films namely: Back and forth to happiness by Claudia Fernando Mata Kang Busay (Vision of the Falls) by Niño B. Maldecir, Ampangabagat Nin Talakba Ha Likol (it’s raining frogs outside) by Maria Estela Paiso, Kwits (Quits) by the Raz de la Torre, Mga Handum Nga Nasulat sa Baras (Dreams that are written in the sand) by Arlie Sweet Sumagsay and Richard Jeroui Salvadico, and city ​​of flowers by Xeph Suárez.

On August 9, 5:30 p.m., director Carlo Obispo talks about his film The baseball player at the Cinemalaya tent. It’s about a Moro child soldier who dreams of becoming a baseball player in the midst of all-out war. The talkback for Shorts B follows at 8:30 p.m. at the same location. Shorts B consists of six films: If Oddie by Maria Kydlee Torato, Duwa-Duwa (The game) by Nena Jane Achacoso, Distance by Dexter Paul DeJesus, Dikit by Gabriela Serrano See you soon, George! by Mark Moneda, and black rainbow by Zig Dulay.

On August 10, 6:30 p.m., director Christian Paolo Lat will talk about his film Ginhawa (comfort) at SM Megamall. It’s about a budding boxer who gets hit by the harsh reality of the sport. At 8 p.m. at Glorietta, director TM Malones talks about his film Kargo (cargo)about a woman who finally imposes retaliation on the person who killed her entire family.

August 11, 5:30 p.m. 12 weeks is open for discussion with its director Anna Isabelle Matutina at the CCP Main Gallery. Her film tackles the struggles of a single 40-year-old woman as she is pressured to deal with thoughts of motherhood. Following in the same place is another talkback for Ginhawa (comfort) at 8:30 p.m. with director Christian Paolo Lat. At 3:30 p.m. at TriNoma, directors Cynthia and Milo Paz will discuss their film Retirada (the pensioner)about a retired civil servant’s new hobby that causes an existential crisis and financial hardship.

On August 12, 8:30 p.m., director Ma-an Asuncion will talk about her film blue room at the Cinemalaya tent. The film follows the members of a progressive rock band who must decide between choosing freedom or sticking to their principles.

On August 13, at 3 p.m., there will be another discussion on Kargo (cargo) with TM Malones at the Cinemalaya tent. At 8:30 p.m., the last talkback is with directors Cynthia and Milo Paz for their film Retirada (the pensioner).

GAWAD ALTERNATIBO
One of the highlights of the Cinemalaya film festival is the Gawad CCP Para sa Alternatibong Pelikula at Video or Gawad Alternatibo. Established in 1987, it is recognized as the oldest independent film and video competition of its kind in Asia.

It will feature this year’s finalists at Tanghalang Manuel Conde from August 6-14.

The discussions will take place on August 6 for the documentary, on August 7 for the experimentation and animation and on August 8 for the short film. There will be exhibition sections such as curated list and retrospective films featuring GAWAD Alternatibo winners from 2020 to 2021.

The Gawad Awards Night will take place on August 13 at 6:15 p.m. at Tanghalang Manuel Conde.