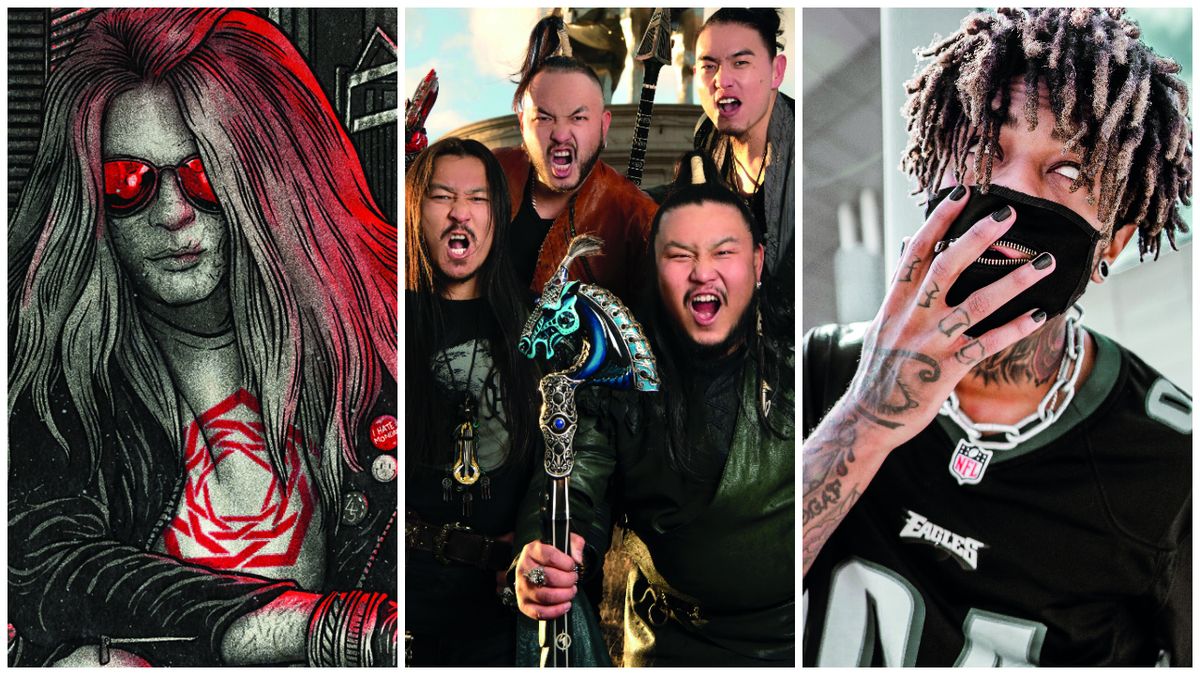 Sorry drummers, bassists and keyboardists everywhere – metal is built on the guitar. Since the ominous chords that opened Black Sabbath’s self-titled debut album over 50 years ago, six strings have ruled everything.

Well, not quite. A handful of bands have managed to conjure up all sorts of almighty noises without relying on the instrument. From underground doom dealers to rave-metal kingpins, here are 10 bands that don’t need a guitar to be heavy.

San Francisco Botanist’s avant-garde black metal gardeners trade just about every cliche of the genre in their eerie, swirling noise. But most notable is the lack of guitars – instead, the explosive beats are layered over hammering dulcimers, harmoniums and brilliantly weird lyrics about the plant kingdom.

When is a guitar not a guitar? When it’s a Tovshuur – an ancient lute-like instrument, as played by Mongolian folk-metal heroes The Hu. In fact, the quartet’s self-proclaimed “hunnu rock” deviates from just about every Western instrument, not just the guitar. The result is unlike anything else.

Doom’s underground heaviness works surprisingly well without a guitar – just crank up the bass and drums and the result is even more intense. Seattle’s Stygian duo Bell Witch are living proof of that – their half-mile-per-hour sepulchral noise is every bit as eerie as any of their six-string peers.

One of the shining stars of the trap metal movement that rose from the underground in the late 2010s, Scarlxrd’s brooding mix of pulsating, bass reverb and furious rap took him from YouTube to stages around the world. The only thing heavier than his tracks are his mayhem-inducing live shows.

New York duo Suicide rose to fame as part of the ’70s New York punk scene, but they were a world away from the Ramones. Instead, their defiant sound was built entirely on vocalist Alan Vega’s confrontational whisper and keyboardist Martin Rev’s oppressive synthesizer. Their heartbreaking 1977 anti-anthem Frankie Tear remains the most terrifying song ever written.

The metal world struggled to understand Apocalyptica when they emerged in the mid-90s: a band covering Metallica… on cello?! But the Finns worked hard on that sound, eventually ditching the covers for original material. And with the exception of 2006 Worlds collide album—which featured guest appearances from Rammstein’s Richard Kruspe and Japanese six-string magician Hoteii—guitars were absent.

She may have sampled a bit of Sabbath to bring in the heavy, but Ashanti Mutinta’s scintillating blend of indus, hip hop and heavy metal remains one of the most unique musical concoctions of recent years. How the music of this evil could be created without a lone instrument in the studio still amazes us.

A concert by Rhode Island noise-rock provocateurs, Lightning Bolt, is unlike anything else on earth: a drummer and bassist playing on the floor rather than on stage, summoning a storm of unbridled fury without having to rely on anything as outdated as a guitar, as anyone who has had their eardrums ruptured can attest.

Almost everything was happening in the New York underground scene of the late 80s/early 90s – in fact, giving up guitars was pretty low on the outer scale. Still, the noiseniks Lower East Side Shoot Cop’s double-bass attack was as abrasive as anything their board contemporaries were producing at the time.

Synthwave big cheese wowed the metal scene with music that sounds like it was meant for the soundtrack of an ’80s horror-themed Halloween rave. Until 2018 Leather teeth and this year leather terror, the French producer even went so far as to piece together his own fictional slasher story. What’s more metal than that?